The F-Word we should all do more of!

Followership is Not a New Concept

In 1528, Baldassare Castiglione published a how-to book on being a follower (courtier) in Renaissance Italy, The Book of the Courtier. His book proved so popular that 108 editions were published in six languages over a 90-year period...effectively #1 on amazon.renaissance.com had it existed! It was considered essential reading throughout Europe for any cultured noble.

While not all of Castiglione's followership prescriptions may be advisable today - as in, one should "Present what is done and said as if it was done without effort and virtually without thought" - some guidance is as wise and au courant as if it were blogged yesterday.

"There are many who think that they are marvelous if they can simply resemble a great man in some one thing; and often they seize only on the defect he has." Baldassare Castiglione

It is rather ironic that for many years Castiglione's renaissance bestseller outsold Machiavelli's most famous writing, The Prince, arguably the first modern leadership book (although it is also provides interesting followership advice).

Followership is something we all do, not just frontline staff.

Many people figure their followership days are over as soon as they reach the management ranks. On the contrary! As we move up the organizational ladder, leadership becomes increasingly important and followership does too. About 30% of management performance is followership-related, an amount considerably higher than for frontline employees. Think about how critical it is for a senior leader to 'get on the bus' with a new CEO. Think about how critical it is for a CEO to nurture a strong relationship with the board of directors. That's followership.

The reality is followership behaviors are the invisible criterion used to make all sorts of key organizational decisions about people - who to retain, who to let go, who to promote, who to assign high-profile projects ... essentially who to hand bus tickets to.

Recall the famous line from a 1982 Frank & Ernest cartoon, "Sure Fred Astaire was great, but don't forget that Ginger Rogers did everything he did, backwards... and in high heels." Why is this line so memorable and quotable? Because following is far harder than it looks. 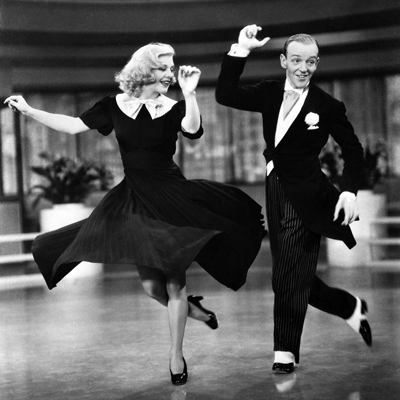 Where this quip gets it wrong is that Ginger Rogers didn't do everything Fred Astaire did. Not even backwards. In the exquisite dance sequences from Swing Time, considered one of the classic dance films of all time, Fred and Ginger dance the same steps only some of the time and, even then, Ginger did it backwards in high heels! At times they are partnering but with different, complementary moves. And at still other times they are performing solos.

"Great partnerships are an easy flow from symmetry to mimicry to complementarity to individuality."

Why is it unfortunate? Well, loads of reasons but here are a few:

Lack of acknowledgement and clear expectations of followership causes dismay, disillusionment, disengagement and even derailment within organizations.

Lack of development of followership reduces the likelihood of success and peak performance. Think back to Fred and Ginger. Imagine Fred as the superbly skilled dancer we know him to be but with an untrained, unskilled dancer rather than Ginger. Do you think the performance level would be anywhere close to what they achieved together?

People feel great stress when their roles are ambiguous and disconnected. Conversely people are happier and more effective when expectations are clear and they can bring their whole, best self to work.

Enabling people to bring their best selves to work in both their followership AND leadership roles will produce a virtuous cycle of benefits!